Being Human is back with a bang!

Sarah takes us on a whirlwind tour of some of the treats in store for Being Human 2018. Find out what is being brought alive at our festival hubs and where a trip to one of our festival events could take you! 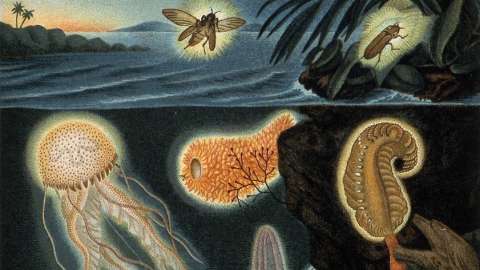 Summer is a splendid season for the Being Human team, and not only because it’s when we put on our Being Human masterclass, inviting festival organizers to come to London to brainstorm and share top tips on best practice in engaging the public with humanities research. This is an even cheerier summer than most, thanks to an amazing spell of warm weather (which this American festival director appreciates, even if some of our British team members are less convinced), and the even more amazing spectacle of England winning a World Cup match in a penalties round.

But mostly we like the summer because it’s when our programme starts to shape up for our annual November Being Human festival. Our process is a little different from that of most festivals: we don’t send out invitations and recruit participants. Instead, we invite academic researchers in the humanities, at universities around the United Kingdom that want to connect with their local communities, to submit proposals to join our festival. The application process is competitive, and it means that not until July or so each year do we have a sense of what emerging topics and ideas might shape the festival beyond our annual theme.

This year, that theme is ‘Origins and Endings’ and it has inspired some exciting events around the country. These events draw on some innovative and engaged humanities research, including at our six festival hubs at the universities of Dundee, Exeter, Newcastle, Nottingham, Queen Mary London, and Swansea. Dundee will be celebrating the 200th anniversary of Mary Shelley’s Frankenstein, with a series of events highlighting the historical relationship of the city of Dundee and its environs to Shelley and her famous creation. Exeter will look at narratives of journey and sustenance, while Newcastle considers the relationship of humanity and technology by focusing on events related to the flow of the Tyne and its role in the industrial revolution. Nottingham will find points of connection through cultural diversity, while Queen Mary offers perspectives on ‘London Bound’, exploring the diverse stories of the 8 million people from all over the world who call London home. And Swansea’s ‘Once Upon a Time, the End’, offers creative activities, performances, discussions and an exhibition that will take you from fairy tales to Shakespeare, Martin Luther King to the NHS at 70.

With hundreds of events to choose from across 80 towns and cities in the UK, it’s difficult to throw the spotlight on any in particular. A few that have caught our eye thus far include Wolverhampton’s memorably named ‘Snidge Scrumpin: Mapping Smell and Memory in the Black Country’, which takes guests on a guided tour of regional smells connected to psychological memory experiments. Westminster is offering audiences another guided tour, this one on the No. 29 bus traveling through Greek Cypriot London, stopping for food, music, and stories. Canterbury Christ Church is also putting on pop-up workshops exploring the cultural, spiritual, and philosophical traditions in London’s African/Caribbean communities.

In Cardiff, the disused Temple of Peace will be revived through performance, while Leeds will offer a multisensory exploration of sculpture through ‘The Sonic Body’. Liverpool will put on ‘A Bloody Good Show!’ with a period-positive comedy performance designed to challenge menstrual taboos with young people, practitioners and policy-makers, while Bristol provides a look into ‘My Genderqueer Wardrobe’ and asks if gender binaries are coming to an end. And our very own School of Advanced Study, University of London, will weave and unravel women’s stories around fabric and cloth-work, from ancient Greece to modern London.

In short, there’s something for everyone, nearly everywhere in the UK. So when the sun is gone and the days are short again, remember that in late November exciting ideas, histories and performances will be popping up near you, and we hope you’ll come and take part.