Working with a team – ‘Our Mutual Friend the Machine’

By Professor Jane Winters, professor of Digital Humanities and Pro-Dean for Libraries at the School of Advanced Study, University of London

Jane shows us just how important it is to work as a team and have amazing partners when putting together a public engagement event. 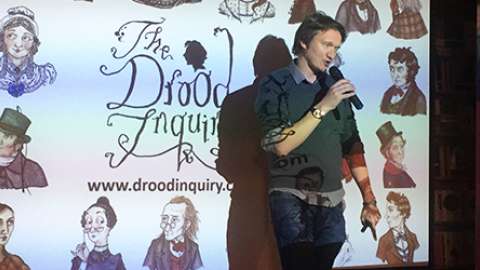 The main aim of ‘Our Mutual Friend the Machine’ was to promote awareness of the roles (potential and actual) of artificial intelligence in literary creativity. The evening, hosted in a local bookshop, was divided into two parts: the first consisted of a series of flash talks presenting key ideas about authorship, AI and collaborative creativity; the second involved attendees working with a machine-learning algorithm to co-create poetry. The event ended with a poetry slam pitting a poet against our custom algorithm, both of which had been given a crowd-sourced first line to work with at the start of the evening.

Who did you collaborate with on this event and how did you make sure these partnerships were a success?

Guest speakers from Queen Mary, University of London and the University of Buckingham added an important extra dimension, and different disciplinary perspectives, to the evening. Absolutely key to the success of the event was the contribution of a poet, who created bespoke verse on the night, and was prepared to enter into competition with an algorithm.

The main benefit of working with partners is the opportunity to learn from different perspectives, and to collaborate to develop an event which is more than the sum of its parts. We were very fortunate to have speakers who had experience of public engagement, but time spent briefing them about the format and programme in advance was invaluable.

Why was it so important to have a team of people supporting the event on the night?

A lot of people were involved in running the event on the night. Some provided general support, including engaging with attendees during the more informal parts of the evening, while others had specific, largely technical roles, for example helping people to seed the algorithm with keywords in order to generate poetry. It was a real team effort from start to finish.

One of the most successful aspects of the event was a competition to see if people could identify which of a series of verses of poetry had been written by a human and which by artificial intelligence. Printed sheets were handed out at the start of the evening and the answers revealed at the end. This gave people who did not know each other a mechanism for talking to others and exchanging ideas. It also encouraged them to think about important questions such as what it meant for their ideas about creativity if they misidentified the author of a poetry snippet, or even preferred a verse that had been ‘written’ by artificial intelligence.

Did you face any challenges in organising your event and how did you overcome them?

The main challenge in organising the event was a technical one, specifically the difficulty of setting up a number of laptops running the poetry-generating algorithm and supporting attendees to use them. This was overcome by getting to the venue in plenty of time, having spare laptops available, and making sure that there were enough people around to answer questions. Involving students from the School of Advanced Study to assist with this was very useful, as well as being a good opportunity for them to gain experience of public engagement. Fortunately, the Wi-Fi held up on the night, but we had also prepared some back-up activities in case there were any problems with multiple users overloading the network.

What were the major successes? Were you happy with how the event went?

The event was hugely enjoyable, and the feedback from attendees was very positive. The hands-on aspects of the programme provided an opportunity to talk about our research and the issues arising from it, and it was really encouraging to see people moving from a position of scepticism about AI-generated poetry to one of curiosity about and openness to co-creation. A number of people requested copies of the poems that they had ‘co-written’ with the AI. The organising team came away from the event already discussing what we could do to follow it up.

If you would like to learn more about running collaborative events check out our toolkit on ‘Working with a partner’.

This project was part of Being Human’s 2019 Open Call pathway. 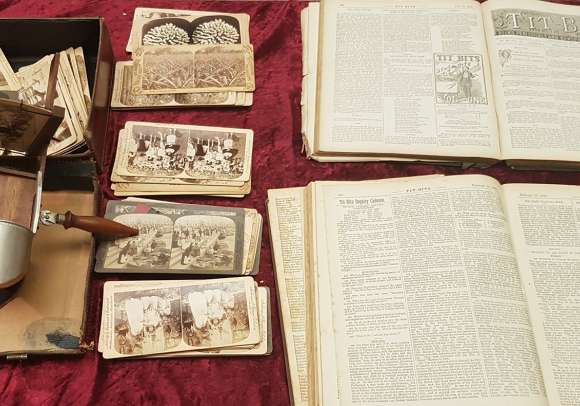 Finding the right venue - 'We Are Not Amused!'

Read Bob's great tips on how to build a positive relationship with your venue and the benefits this can have for your public engagement activity. 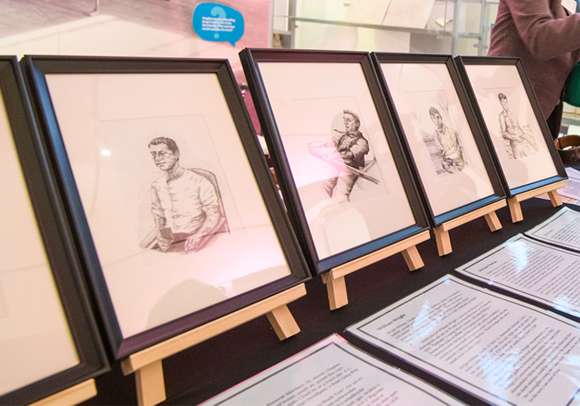 Working on a budget - 'Facing History'

Read Emily's top tips for delivering an event on a budget and how to focus your funds on the important aspects.