Working with performers - 'Theatre in Exile'

By Dr Clare George, Miller Archivist at the School of Advanced Study, University of London.

Clare discusses the fantastic collaborative process used from concept to delivery of her performance-based event. 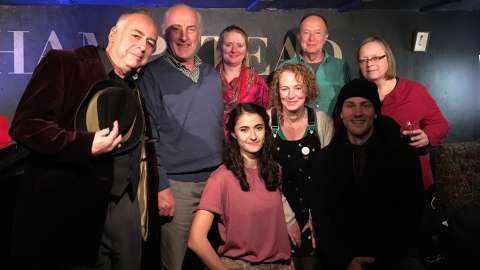 We were thrilled to participate in the 2019 Being Human festival with a performance-based engagement project about an Austrian exile theatre in London in the Second World War. Our project aimed to raise awareness of the archive of the theatre’s work and of research on the role of the theatre for the refugee community. Our venue was the very atmospheric Hampstead Jazz Club, close to where the theatre was originally located, which allowed us to reach out to our target audience of local residents of Hampstead and the many second generation refugees who live there.

What performance company did you work with for your event?

We had long wanted to bring the theatre scripts out of the archive and back onto the stage, but the fact that they were written in a mixture of English and German presented an accessibility issue. Translating and performing them in English was rejected as an option as the bilingualism of the texts is in many cases central to their meaning. We were therefore very excited that the international theatre company Foreign Affairs were willing to take on the challenge of performing the scripts in the original English and German. The company had worked with the Institute of Modern Languages Research at the School of Advanced Study before on a different project, and their specialisation in theatre in translation meant they were perfectly placed to find ways of making the scripts accessible to non-bilingual audiences.

How did you work with the performance company throughout the process?

The performers, led by their director, played a crucial role in shaping the event, right from the start of the project. We began by briefing the director on the research and what we wanted to achieve with the performance, but once we had shared with her a range of possible theatre scripts we left it to her team to select which ones to perform. They could judge much better which scripts were manageable in the rehearsal time they had and what would work best with today’s audiences. They chose two quite light-hearted sketches in preference to one particular sketch which we had expected them to select. This slightly shifted the emphasis of what we had planned to address with our project, but in hindsight it became clear that it was a good decision. It forced us to looked again more closely at an area of the theatre’s work we had previously overlooked and we were rewarded with new ideas and connections between the records as a whole.

Did working with the performance company shape how the research was communicated?

The creative vision of Foreign Affairs’ director was central to the magical process of turning words on paper into characters and stories on the stage. Although we had agreed certain key concepts that we wanted to convey with the performance, it was only with the help of professionals experienced in theatre performance that we saw how our ideas could be realised in a coherent, engaging and accessible way on stage. The director came up with ways of framing and connecting different sketches and scenes, of adapting stage instructions to make them work in the new performative context, and managed to turn production weaknesses into positives which enhanced rather than detracted from the performance (for instance having only three actors for seven characters!).

Were there any challenges throughout the process and how did you overcome them?

The project was exceptionally open-ended and creative, which meant there were a lot of questions and uncertainties from the start and it was difficult to know how realistic our ideas were about what could be achieved within the relatively short rehearsal time. We had little real idea of the shape of the performance until the rehearsals started, which was only ten days before the performance due to the actors’ busy schedules. The publicity material we created before this time could therefore not be very detailed or specific, and we had to learn to work with the uncertainty. As the partnership developed and our relationship with the theatre group grew, many of these questions resolved naturally. Since the performers themselves were comfortable and used to living with the uncertainty of a live production, we had to try to adapt to their way of thinking and relax!

If you would like to learn more about shaping an event around your audience’s needs please check out our toolkits on how to put on a public engagement event.

This project was part of Being Human’s 2019 Open Call pathway. 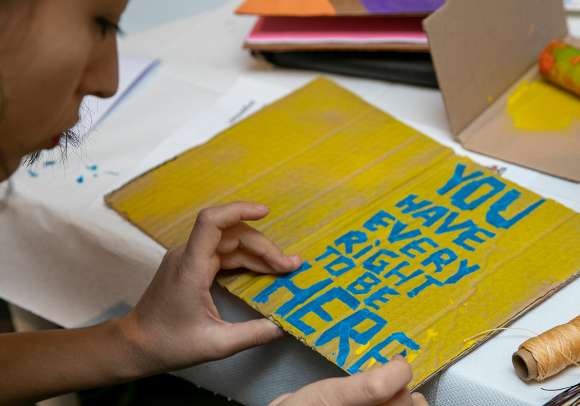 Working with partners 'Cartoneras in London'

María discusses the relationships she has built with communities in London and the lessons she has learned from delivering collaborative events. 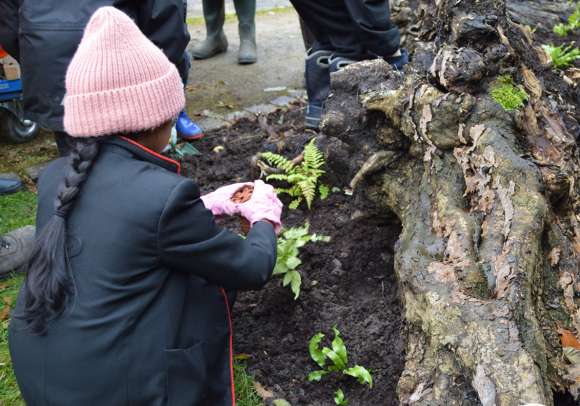 Read Jude's great advice on working collaboratively with your venue to reach your local community and get some top tips for venue-hunting.